If you’ve ever tried to jump start a car, you may experience that the radio doesn’t work afterwards. But why the car radio may not work after a jump start? Let’s find out.

Generally, a car radio may not work after a jump start because the radio fuse has blown and needs to be replaced due to the interrupted electricity flow and its sudden spike. Depending on the car, it can be a fuse in the back of the stereo or one in the fuse box.

Tip: You can use a voltage stabilizer (link to Amazon) to protect your car from the voltage spike. This small device will help to regulate the electricity flow and prevent any damage to your car radio.

In the article below, I’ll explain what a jump start is and how it affects the electricity flow in the car. I’ll also give a few tips on protecting your car radio from problems during jump start and what additional equipment is needed.

How to Fix Radio That Does Not Work After a Jump Start?

When you jump start a car battery, leads attached to the battery terminals can create a spark followed by a short circuit and immediately blow a fuse.

When replacing a blown fuse, make sure to replace it with one of the same amperages, otherwise, it can cause further damage to the car stereo.

To replace a blown fuse, follow the simple steps below:

#1. Check the fuse that is fitted on the radio. It can be inline with yellow wire, go into the back of the car stereo, or in some cars, the only radio fuse is in the main fuse box.

#2. Remove the fuse from the holder and check if the fragile wire inside looks burnt, broken or snapped in half.

If it is damaged, you have to replace it with the fuse of the same amperage. On the other hand, if the fuse is in good condition, check for another radio fuse in the fuse box.

#3. Look near the glovebox or underneath your steering wheel for a fuse box.

Remove the plastic lid, and inside there should be a fuse diagram glued to the cover. Check which is the radio / CD player fuse. It will be labelled with a number and the amperage next to it.

#4. Pull out the fuse from the box and check for any damage or burned marks. If damaged, replace it with the fuse of the same amperage.

If the radio still does not work after checking and replacing blown fuses, you may have a bigger problem with your radio or car stereo.

In this case, I recommend taking it to a professional mechanic or car stereo specialist for further investigation.

What Is a Jump Start?

Jump starting a car means using another car’s battery to start your engine. It is helpful and sometimes the only way to start the car (especially with the automatic transmission) if your battery is flat and you need to get going. 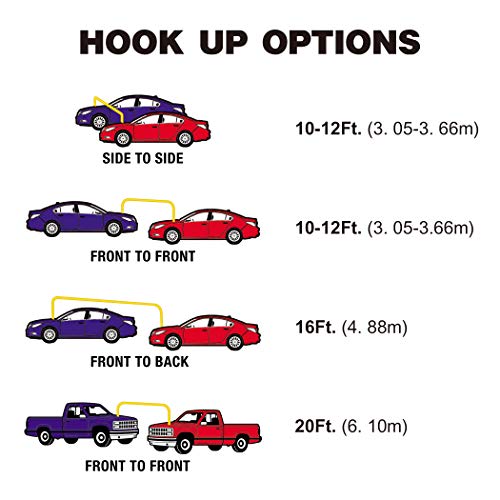 You need another vehicle with the engine turned on and jumper cables (link to Amazon) to do it. Jumper cables are long, thick cables with alligator clips at each end.

Before connecting both batteries, ensure the supporting car’s engine is turned on.

This way, its alternator provides a constant electrical current that flows through the cables to the dead battery. This current gives the dead battery enough power to start your engine.

Jump starting a car is pretty straightforward, but you need to take some safety precautions.

#1. Make sure that the live battery is firmly connected to the dead battery. If the cables come loose while the current is flowing, it could cause a spark.

#2. Don’t let the alligator clips touch each other. This could also cause a spark.

Once you’ve started your engine, you can disconnect the cables. Then, you should allow your engine to run for a while so that the dead battery can recharge slightly.

The downside is that jump start can damage the car radio by disrupting the electricity flow in the car. 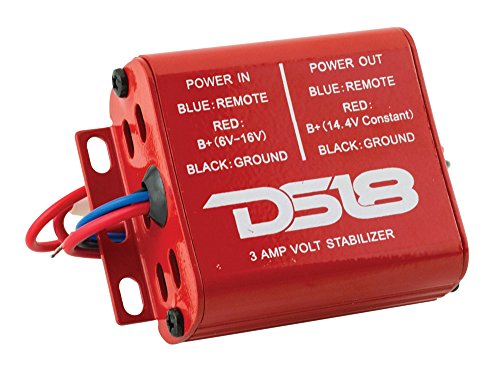 To protect the car radio, it is recommended to use additional equipment such as a voltage stabilizer (link to Amazon).

Why Do Cars Need Jump Starts?

The main reason cars need jump starts is that the batteries are not being used regularly.

If for instance, a car is only driven every a couple of months, the battery will slowly discharge until it is completely dead. At this point, the only way to start the car is by using jumper cables connected to another vehicle.

There are other reasons a car might need a jump start, such as leaving the lights on overnight or leaving the radio on for an extended time without the engine running.

However, these are not as common as simply not using the car regularly.

How to Prevent Radio From Not Working After Jump Start?

There are a few ways to prevent the radio from not working after a jump start, and although modern cars are equipped with voltage regulators, older vehicles may need additional steps to keep the radio safe:

#1. Use a voltage regulator:

A voltage stabilizer (link to Amazon) is an electronic device that regulates the voltage in a circuit. It prevents voltages from getting too high or too low and protects against spikes in voltage.

If you don’t have a radio with a built-in voltage regulator, make sure to turn off the radio before jump starting the car. This will prevent any damage to the radio.

Before jump start the car, disconnect the radio so that it is not affected by the current flowing through the jumper cables.

How to Reset Car Radio After Jump Start?

If the radio does not work after jump starting the car, it may need to be reset even after replacing the blown fuse.

To do this, disconnect the battery and then reconnect it. This will reset the radio and hopefully fix the problem.

If the car radio still does not work after reset, there may be a more serious problem with the electrical system in the car. In this case, it is best to take the vehicle to a mechanic or dealership to have it checked out.

Does Jump Start Mean You Need a New Battery?

Jump starting a car does not mean that you need a new battery in every case. In most cases, it just means the battery is flat and needs to be recharged.

However, if you jump-start your car often, it might be time to get a new battery. This is because the battery might not be able to hold a charge as well as it used to, and it will need to be replaced eventually.

On a side note, jump starting a car is not the right way to recharge a battery. To charge the battery, you should use a proper battery charger (link to Amazon). 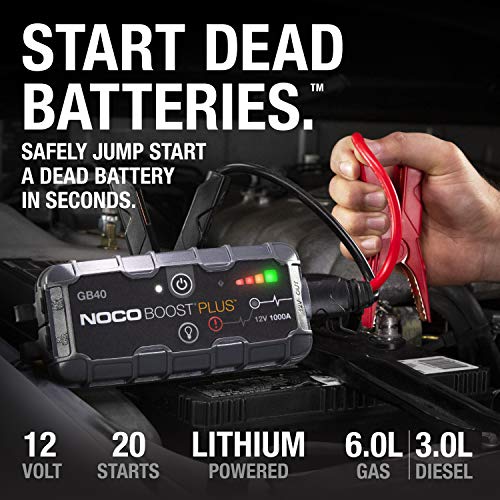 However, before deciding if the battery needs to be replaced, check the charging level at the alternator.

It often happens that alternators do not charge the battery enough, which is the main reason batteries are flat. In this case, you should repair or replace the alternator rather than the battery.

Jump starting a car can be helpful in a pinch, but it can also cause problems for the car radio.

If the radio does not work after a jump start, it may be necessary to reset it or replace the fuse. In some cases, the radio may need to be replaced entirely.

To prevent problems with the radio, use a voltage regulator or disconnect the radio before jump starting the car. If you have to jump start your car more often, you must investigate the battery and the alternator.