Also, if you listen to the music with the engine turned off, a standard car battery goes flat quickly.

That means you’ll have trouble running other accessories or even starting your car, and you may need to add a second battery. But how can you install an extra battery for car audio? Let’s find out.

Tip: My favorite battery isolator is the Stinger SGP32 however, it does not work with the lithium IOn batteries.

In the article below, I will detail connection types for different battery types and highlight what to look for during the installation.

How Can I Install an Extra Battery for Car Audio?

Before starting, you need to know where to put the additional battery, and the best place used often is the trunk near the amplifier.

Installation may vary depending on the exact battery type, but for typical cases, I listed general rules below:

Although it is not a must, you can ground the extra battery by connecting its negative terminal to the car chassis.

Before installing the extra battery, equip yourself with the following:

How Do I Choose a Second Battery for My Car?

The first step to installing an extra battery for high-performance car audio is to define which battery is the one you need.

You want a car battery that can fit in the available space and still power up your car audio system. Here are some of the features to consider in an extra battery for car audio.

Batteries from different manufacturers use different power ratings, and you need to determine the best one for your system.

Another parameter is the reserve capacity which shows the battery’s power output over a prolonged period.

Considering that you’ll want a car battery that can power up your car audio system for a long time, opt for a battery with a higher reserve capacity than one with higher cranking amps.

Keeping in mind that the battery with the highest reserve capacity might be the biggest one, you need to consider the installation space in your car.

Depending on the model and size, the available compartment space will vary from car to car. That means you will need to check the dimensions of the available space and make a trade-off between the reserve capacity and the battery size.

The type of extra battery you are planning to use determines how you will install it.

Typically, when installing a different battery type from the primary one, the installation procedure differs from when you install the same batteries. The biggest difference is especially noticeable when your main battery is an acid and the new one Lithium iOn.

It is advisable to install batteries from the same brand, age, and group for optimum performance. The matching ensures no battery is overworking or draining energy from the other, especially when installing the batteries without an isolator.

The opposite effect means that using unmatched batteries affects their durability.

Decide on the Type of Connection You’re Going to Use

You will need to install the secondary battery using either the series or parallel connections.

Usually, overheating compromises the durability of the primary battery. Also, a series connection means an unequal distribution of power, and it’s one thing you want to avoid. 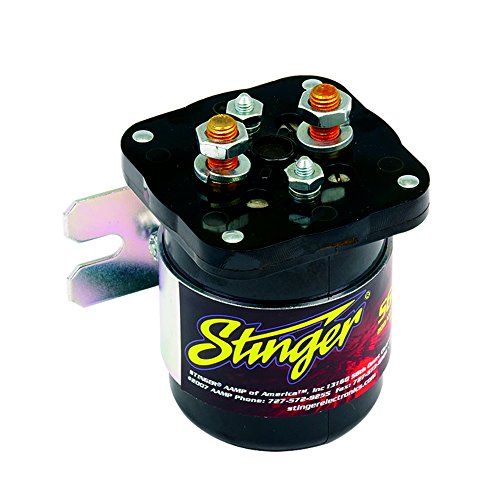 On the other hand, parallel connection means the batteries hold equal backup power, with equal power distribution and resistance.

Considering that this is what you want from your batteries, installing the extra battery using the parallel connection is advisable if you don’t have a battery isolator.

Choose the Location for Second Battery

The best place for installing the extra battery will vary with the car’s design and size.

In most cases, you will need to install the extra battery in the passenger compartment or the trunk next to the amplifiers. Regardless of where you place the extra battery, it’s advisable to use protective plastic caps to protect the battery positive terminals.

Installing Additional Battery in the Car. A Step by Step Guide

When installing an extra battery for the car audio, there are not only wires that need connection. Below are the steps that should be followed if you want the battery to be installed correctly:

Before starting your extra battery installation, park your car in a safe place such as a garage, and turn it off.

It is advisable to be extra careful when drilling to avoid damaging the fuel tank or other components. Fit your extra battery into the box once the battery box is in place.

Before connecting the extra battery, remember to disconnect the positive and negative terminals of the primary battery.

Keep in mind that this cable is part of the positive connection of the primary battery. So depending on your car’s wiring design, you might need to cut it off or unbolt it from the alternator end.

Considering that you want to install an extra battery with the original battery in place, you will need to use a battery isolator to separate their circuits from each other.

Although you can charge the extra battery by connecting it to the primary battery, a battery isolator will help you charge it from the car’s alternator.

That means the extra battery will only be charged when the car’s engine is running. 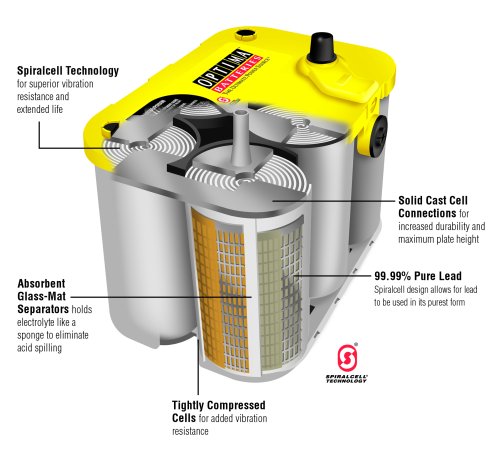 Connection with the battery isolator also ensures the primary battery cannot drain even if you use your car audio system with the engine off.

After the above steps, you can ground the extra battery by connecting a cable on the battery’s negative terminal and attaching it to the metal ground or chassis of the car.

After establishing the connection between your extra battery and the car’s alternator, it is time to connect the secondary battery to the car audio system.

For better performance of the whole system, keep the extra battery and the amplifier close to each other.

Before starting the engine or testing the connection, recheck all attachments to ensure they are correct and firm.

Typically, a wrong connection can lead to shorts or even the car failing to start.

As a safety precaution, it is advisable to cover all the positive terminal attachments to prevent sparkles or shortages from the battery.

It is also advisable to use the wires in all your attachments thick enough to minimize the resistance and prevent the risks of heat building up.

With the help of a battery isolator, the above installation ensures the secondary battery will only work when the engine is not running.

If you’re planning to boost the power when the engine is running, consider installing a stronger capacitor or connecting the extra battery in series.

If the connections are correct and firm, close the car’s hood and trunk and start it with a pulsive rhythm.

Installing an extra battery is one of the best ways to avoid a flat battery if you have a high-end car audio system or love playing music with your car parked.

Installing the extra battery with the help of a battery isolator will help provide backup power for your system.

However, if you want to boost the power of your car audio system together with providing more power for the other car accessories, install the batteries in series.

Can the Extra Battery Drain the Primary Battery?

Yes, the extra battery can drain the primary battery if you connect them without a battery isolator.

Typically, the current flows from either the primary battery or the extra battery continuously to maintain the whole electric system at the same charger level.

This connection might make the car fail to start if you use the audio system with the engine off even after installing an extra battery. A battery isolator helps solve this problem by preventing current flow between the batteries.

Can I Install a More Powerful Secondary Battery?

You can install a secondary battery that is more powerful than the primary battery if you have a high-performance car audio system that draws significant amounts of power.

However, it is advisable to install a more powerful secondary battery only if you plan to use a battery isolator.

Do I Need a Bigger Alternator for My Car Audio System?

You might need a bigger alternator for your car audio system if you want loud volume and huge deep bass response.

Do I Need a Capacitor for My Car Audio System?

You will need a capacitor for your car audio system if your system is high-end and draws more power than the one the car electrical system can provide directly.

The capacitor covers this power gap by storing electrical energy and then discharging it to your amplifier when there is no direct power available in your system.