One fine morning my pioneer car radio stopped working, and I checked power connections, wiring, grounding, etc., but it was not turning on.

So, I decided to remove it and test, but how to remove the Pioneer stereo from the dashboard? Let’s find out.

As a general rule, to remove Pioneer stereo from the dashboard, first, remove the faceplate or trim panel carefully using your hands. Next, take the extraction keys, insert them into the slots, and push them in until you hear a clicking sound. This will unlock your car radio from the sidelock of the cage that holds the deck in its place. Now grab the stereo and pull it out with your hand.

Tip – You should disconnect the car battery to avoid a shock or short. And don’t forget to remove the wiring at the back of the stereo after taking it out from the cage.

Whether your head unit is giving problems or you want to replace it with a new one, you have to remove it from the dashboard. However, if you don’t have extraction keys, you can still remove your pioneer stereo at home.

This article will teach you different methods to remove single or double din Pioneer radio from the car with and without extraction keys.

You can remove the Single DIN Pioneer stereo from the dashboard without disassembling it. The removal process is easy and involves little or no technical knowledge.

There are no special tools required. The only things you will need are:

Before removing the car stereo, always read the product manual or watch the video on youtube of the specific pioneer model because of the differences in the design.

The following is a step-by-step process on how to remove a single DIN Pioneer Head Unit:

Safety is always the first priority as you don’t want any electrical short circuit during the removal of the head unit. So, open the car bonnet (or hood) and find the battery.

Remove the negative terminal lead of the battery (usually black) by unscrewing the nut and carefully placing it on one side of the hood.

Make sure that the positive and negative leads of the battery do not touch each other.

Every modern car stereo has a detachable faceplate or trim panel. It is secured by clips and can be easily removed by pressing a small button on the side.

You can also use a screwdriver, just put it below the trim and gently move it around to loosen the faceplate from the head unit. Once the trim panel gets loose, put it off with your hands.

In some cases, the trim panel is attached to the car radio by screws. In this scenario, check for the screws around the border of trim and unscrew them.

Be careful while removing the trim panel because if it gets broken, you will have to replace it with a new one.

Take off the Dashboard Covering

You can skip this step if you see two slots on the vertical side of the stereo.

In newer cars or SUVs, removing the stereo may require an extra effort as the stereo is covered with a dashboard panel instead of just trim alone.

Take a plastic prybar and insert it into the edge of the dashboard. Then, work your way around the dashboard panel until it pops out and uncovers the head unit.

Do not use the screwdriver or any other metal tool to remove the dashboard, as this can crack the plastic panel.

The car head unit is held by two clips, one on each side. After removing the faceplate, you will see two slots along the vertical side of the stereo.

Now take the car radio extraction keys and insert them into these two slots. Radio keys usually come with your head unit, but you can purchase them online also. 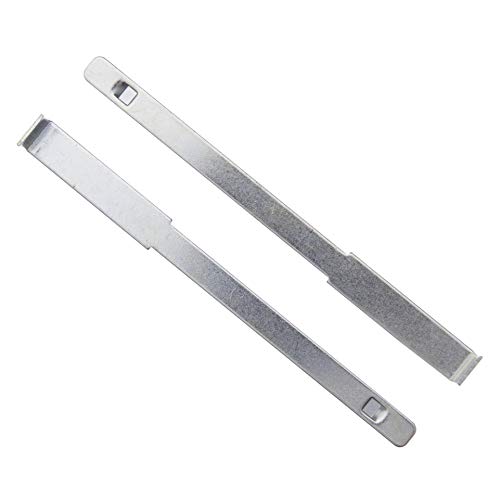 Continue inserting the keys into the radio holes until you hear a click sound from both sides.

When you hear a click sound, the keys have released the clips that are holding the stereo into the dashboard.

If you have inserted the keys but do not hear, click sound, then try removing the stereo. Chances are you have removed the clipping, or you can re-insert the radio keys.

Keep in mind that you should keep the keys inside the slots when removing the radio, as if you remove the keys, the clips will hold the radio back.

The radio removal seems easy when you have all tools, but how to do it without the extraction keys when the radio is not locked in the dashboard? Below I have explained the step-by-step process of stereo removal without keys.

Take the Stereo Out

Now grab the stereo from the edges and pull it out straight. You may have to jiggle the head unit slightly to remove it from the case. Continue sliding the stereo until it comes out but make sure it does not fall down.

Once it comes out, don’t pull it further because it has wired connections at the back.

Up to this point, the car stereo is not entirely free as it has wires connected to it at the back.

There are at least two plugs at the back of the head unit – one is an antenna wire, and the other will be RCA cables or a wire clamp. Squeeze the clamp to release the head unit and open the antenna cable. Now your radio is free.

Congratulations, you have just removed your Pioneer stereo.

These steps work with all kinds of Pioneer single din models, but I recommend you consult an expert if you are stuck in between.

New stereos come fitted into their cages, and keys are used to remove them from the cage surround. The process of removing the double din pioneer head unit is the same as the single din head unit.

Follow these steps to take out double din pioneer head unit from its case: 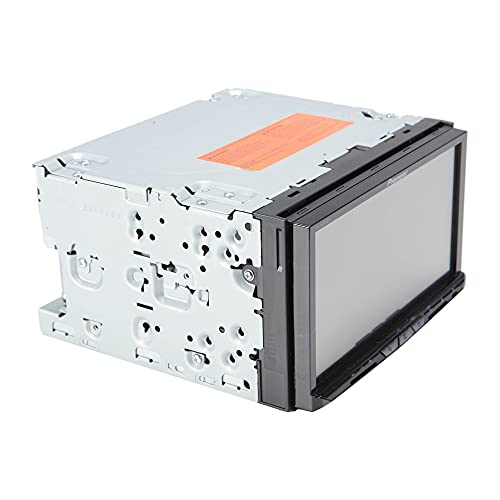 Do I Need Car Stereo Removal Keys to Remove My Pioneer Car Radio?

The right tools can make our job easier and more accurate. For example, you can strip wire insulation with a wire stripper or a plier, but some do it with their teeth.

How Do You Remove a Pioneer Car Stereo Without the Key?

What if you don’t have car extraction keys or the ones you have are not working correctly? The good news is, you can remove any Pioneer car stereo without the keys.

First, remove the faceplate and insert sharp objects like a blade or knife into the keyholes. Once you hear a click sound, it means that you have successfully released the stereo from the holding case, and you can pull it from the dashboard. The last step is disconnecting the wires from the back of the stereo and taking it out.

If you find any difficulty while removing the stereo, I recommend you take the help of an expert to avoid damage to either the radio or the dashboard.

Some Pioneer stereos are mounted using screws, and to remove these kinds of radios, you have to use a different approach.

If you follow the steps below, I am sure that you will be able to remove your double din stereo in less than 10 minutes.

How to Remove the Faceplate From Pioneer Stereo?

Pioneer introduced the concept of a separate faceplate in the 1980s. The primary purpose of detachable faceplates is to prevent any theft.

Nowadays, many Pioneer stereos come with detachable faceplates, and the method to remove the faceplate depends on the model of your stereo. In most cases, however, just press a small button at the corner that says – “Eject” or “Release,” and the faceplate will come out.

To remove the faceplate, you don’t need any tool or screwdriver.

To remove the faceplates of Pioneer MVH-S322BT, DEH-S4000BT, and DEH-S4010BT in-dash receivers, follow the steps below:

For infotainment screens like AVH-P8400BS, AVH-4100NEX or similar, touch the eject button at the bottom right corner.

You will see a couple of options at the bottom of the screen. The first option is for CD, the second for SD card, and the third one is for eject.

Touch on the eject (3rd one from left), and it will tell the system that you want to take the face off.

The screen will bend, and you will notice a little slider at the bottom, slide it over and press it in. The face comes right off.

In the above article, I have explained everything you need to know to remove the pioneer stereo with keys and without keys.

In my opinion, it’s always better to have car stereo removal keys because then you don’t have to damage the locks of the case that holds the stereo.