The preamp is a shortened term for “preamplifier.” Although this is popular and we often hear “preamp,” many wonder what a preamp output actually is and what it is used for? Let’s find out.

In general, a preamp increases the strength of a signal from a car radio before it becomes amplified by the external amplifier. The purpose of a pre-amplification stage is to increase the S/N ratio and make weak signals strong enough to be fed into a power amplifier.

Tip: If your radio has only two preamp outputs, and you want to connect a four-channel amplifier, the simplest way is to split the signal using a “Y” RCA splitter cable.

What Are Preamp Outputs Used for in Car Radios?

In standard car stereo systems, preamp outputs are connected with amplifiers by RCA wires. This way, sound signal is transmitted from the radio’s preamp to the amplifier.

Preamp level outputs are audio outputs used to drive an amplifier, or other types of car audio element, like equalizer or crossover.

Preamp level outputs do not have enough current flow to drive speakers directly, and they have to be connected to the amplifying element of the car audio.

As you can see, preamp outputs are very similar to line-level outputs, like those on a CD player or an iPod. The main difference between the two types of output is the amount of voltage they produce.

How Many Preamp Outputs Do I Need in the Car Radio?

Some radios will have only one set of preamp outputs, while others can have multiple pairs of outputs for front, rear, and subwoofer signals.

Also, some radios allow you to switch a low pass crossover for the rear outputs and convert them to a subwoofer output.

What Is the Difference Between Pre-out and Preamp Out?

Pre-out is an analog audio source that has already been amplified to line level. This means it can be connected directly to an external amplifier’s input without needing any extra equipment.

When using an RCA style output, the only limitation is that there must be enough voltage to drive the amplifier.

A preamplifier is a device that increases an audio signal from a source, such as a turntable or CD player, to make it strong enough for the amplifier. The preamp does this with electricity, making the sounds louder.

How to Use Preamp Outputs?

Preamp outputs are straightforward. All you have to do is connect the RCA wires and the same on the other sire with the amplifier or equalizer.

The one thing you need to pay close attention to when using preamp outputs is the output impedance of your source unit. If this is not high enough, it can cause damage to your amplifier or other car audio component.

Where Are Preamp Outputs on Car Stereo?

Preamp outputs are placed on the rear of a radio or CD receiver, allowing easy connection with standard RCQ wires.

Some car stereos have the preamp outputs on the front of them, so you can easily tap into them, but these radios look odd with all the wiring at the front.

Can I Add Preamp Outputs to the Car Radio?

Adding preamps to the existing ones on your car stereo is possible, but there are few things to consider before doing so.

If your car stereo does not have preamp outputs, or you need more, so for the best performance, you need to either replace the car radio with one that has more preamp outputs or, if you can’t do that, add an outboard preamp, for example, PAC LP7-4.

The outboard preamp is a small car audio signal converter that will transfer the hi signal from the stereo and send it further to the amplifier.

The addition of an outboard preamp is beneficial when you want more speakers in the future. Simply add another preamplifier for each set of outputs and connect all your amp channels using speaker-level inputs or a signal distribution block!

More output signals allow you better control over the sound quality and better signal distribution. With only one pair of preout cables, you will be able to connect your radio only with a two-channel amplifier.

Can I Split Preamp Outputs?

If your radio does not have enough preamp outputs, you can split them using a “Y” RCA splitter cable. 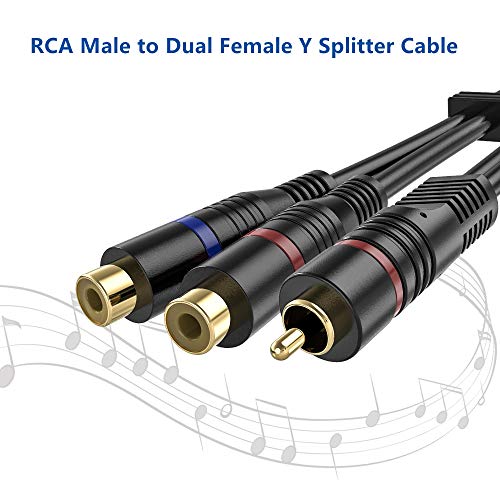 Splitting will allow you to send the signal out for more channels, but it will also degrade the sound quality.

The same happens when it comes to the subwoofer. If you originally have two preamp outputs for the subwoofer, you can make a direct connection for two woofers, but if you would like to use four woofers, you’ll need to split these channels.

To do this, run “Y” RCA cables from the back of the deck and connect them to all inputs in the amplifier. This way, every channel in the amplifier will receive the signal.

Preamp outputs are one of the most critical features of a car stereo.

They allow you to run more speakers and subwoofers and add some flexibility for the future by allowing you to add custom amplifiers or signal processors without changing your entire setup.

A preamp output is an additional channel on your car stereo that you can use to connect an amplifier, equalizer, or sound processor.

Although you should use a direct one-to-one connection between the output and input in the amplifier, you can use a “Y” cable to split the signal.

This way, you can connect more speakers or subwoofers, but the downside is that the preamp output signal isn’t as strong.